Controls: Best played with a controller, but a keyboard will suffice! You can use any controller of your choice to play this game. Nintendo Switch, Xbox, PlayStation... heck, even an NES controller.

Good day, Cadet! We are under attack.

As an order from the Space Alliance, you are ordered to compromise an entire army of alien invaders on a solo mission of courage and honor. It is your destiny to save planet earth from these foul beings. To help you on your journey, you have received one of the best space ships we can offer... to someone of your ranking. As with all other Space Cadets, your ship can change between 3 of the 4 colors that exist in this world.  It's also got a banging stereo. I've loaded up some filthy drum and bass for the road.

How to Play:
Space War Battle Cadet: XXL HYPER EDITION V is a simple bullet-hell game designed with four colors, a resolution of 160x144, and was built in the Unity engine for Windows.

The aim of the game is to complete all waves and an end-game boss within the time limit. There are three colors of ships in the game (Orange, Purple, and Monochrome). You must swap to the corresponding ship color to absorb enemy ship projectiles and to damage ships of the corresponding color. The progress bar at the bottom of the screen indicates how far along the game you have come and switches to the enemy boss health meter... if you arrive at that stage.

Artwork and music composed by Avery Mullen.
Programmed by Lyes Oussaiden and Jann Andre Fjelde Mjøen.
Designed by all of us. <3

This title was developed for GBJam 8 between Saturday the 29th of August 2020 and Sunday the 7th of September 2020. 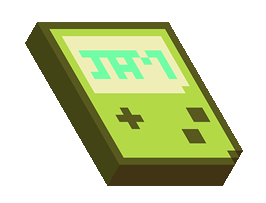 Great concept!  I really love the added dimension of the color shift and the quick thinking required to inflict damage on the enemy ships.

It took me a while to get into the groove but eventually with the awesome music pumping in my headset everything just started to flow and before I knew it I was facing the Boss!

I knew things were going to get serious when the soundtrack kicked up a few dozen notches and hell was unleashed! I thought the Boss was going to go down like the rest of the wimpy fighters I'd faced as I flew through the bullet storm known as hyperspace but then as I stared in awe with unbelieving eyes, mouth agape I realized it had started to rotate! Spewing wave upon wave of vile energy bullets and then solid waves of energy in ever changing colors hurtled at my hapless and battered space fighter!

I was sweating profusely and my thumbs started to cramp up. I thought I was a goner a few times and was down to my last life when I heard an ethereal voice in my mind...."Use the force" it said.  Wait a minute.  Am I dreaming? Is this real?  "F*ck Yeah!" the voice responded.

That's when I knew that my whole life had been leading me to this very moment. Everything I had ever been and had hoped to be had been distilled down to this single moment in time. I gave the fire button one final spasmodic press of my cramped thumb and with a gasp let loose the laser blast that would finally end the foul existence of the Boss and extinguish the lives of the thousands of souls of the workers aboard the mothership going about their hapless lives, just doing their jobs.  They never knew what hit them. Man it felt great!

Seriously tough game but damn is it fun. Happy I had the opportunity to work with you two on this ! 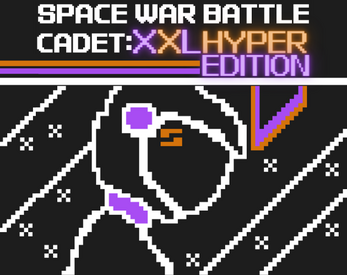